A DUI, or driving under the influence charge, can happen when you least expect it. Possible scenarios include driving home from a restaurant, a family gathering or an office function, or from a bar where you just had a couple of drinks but then made a traffic maneuver that aroused the suspicion of law enforcement and caused you to be stopped, detained and questioned.
Accused of driving under the influence? In California, a DUI charge is a serious legal matter. Never assume that you have no hope of avoiding a conviction. Your case must be fully evaluated to identify any rights violations, police procedural errors, or faulty testing procedures or units, as well as lab results errors that could open the door to a full case dismissal. Let our outstanding legal team at Lehr Lemmon & Associates investigate the facts in your case. Our team includes a former prosecuting attorney that knows the inside story on where DUI cases can go wrong, and how to craft a winning strategy. Call now.

If you are facing drunk driving charges, you will need experienced legal representation to defend you and to ensure protection of your legal rights. In a DUI case, you face loss of your driving privileges unless you file a timely request (10 days) for a per se administrative hearing before the Department of Motor Vehicles. Our office handles this proceeding in conjunction with your criminal charges.
Under California law, it is illegal to drive under the influence pursuant to CVC Section 23152, which sets the blood alcohol content (BAC) limit at 0.08%. Should your BAC be at this level or higher, you are legally presumed to be under the influence. Even if you have a BAC that is under the legal limit of 0.08%, you may still be charged if the arresting officer felt you were nonetheless driving while impaired.

Reasons for Stopping Your Vehicle

A law enforcement officer may stop your vehicle if your driving conduct elicits suspicion or if you violate a traffic law. Common reasons for stopping and detaining a driver include:
Any of these justify stopping you and leading to further investigation by the officer if you are suspected of drinking.

If the officer feels you may be under the influence, he or she will likely ask you to perform certain coordination or sobriety tests. People who are fatigued, have a medical condition or feel under duress to perform them well regardless of whether they have been drinking often do poorly. Our attorneys often argue successfully at trial that these tests can be difficult to perform even under optimal conditions..

Signs of Impairment or Intoxication

Once you are stopped, the officer will look for these signs of intoxication:

If the officer feels you may be under the influence, he or she will likely ask you to perform certain coordination or sobriety tests. People who are fatigued, have a medical condition or feel under duress to perform them well regardless of whether they have been drinking often do poorly. Our attorneys often argue successfully at trial that these tests can be difficult to perform even under optimal conditions..
You may also be asked to blow into a hand-held preliminary alcohol screening (PAS) device. Regarding chemical testing, California has an implied consent law that requires all motorists who are suspected of being under the influence to submit to a test of their blood alcohol. If you refuse to take the test, except under very unusual circumstances, you will face these additional consequences:

Consequences of a DUI Conviction

A DUI is generally a misdemeanor, though it can be charged as a felony if it is your fourth DUI in 10 years or you caused a serious injury or fatal accident. As first offender, you may spend a weekend in a facility, pay a fine of several thousand dollars and participate in a DUI class. Your license is under suspension for several months but you can obtain a restricted license for travel to and from work or the DUI classes only, unless you unreasonably refused chemical testing. Expect your insurance premiums to increase substantially too.
Subsequent offenses will result in mandatory minimum jail time, increased fines, loss of your license for a longer period and installation of an ignition interlock system on your vehicle. Also, regardless of whether this is your first DUI conviction, there are other aggravating circumstances that will result in a longer jail sentence, including:
As noted, you face felony charges if you seriously injured or killed someone and felony child endangerment if you had a young passenger under these circumstances.
These are some of the defenses we use in DUI criminal and per se hearings. We are highly experienced in this area of the law and have achieved phenomenal success in our clients retaining their driver’s licenses, getting charges dismissed or being successful at trial. If appropriate and in your best interests, we will advise you to consider a settlement or plea agreement. Call our law office immediately if you were charged with a DUI.
If you were like more information about your DUI case, please click here to go to our DUI specific website, Ventura-DUI.com.
a v v o - reviews Superb = 10.0    Reviews    Endorsements
Lobby Reviews    Nolo    Facebook   Linkedin   BBB
Criminal Defense    ventura dui    Twitter    Find Law   BAR
David Lehr Law

Posted by The Contractor at 9:34 PM No comments: 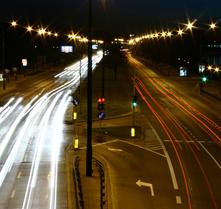 (a) It is unlawful for any person, while under the influence of any alcoholic beverage or drug . . . to drive a vehicle and concurrently do any act forbidden by law, or neglect any duty imposed by law in driving the vehicle, which act or neglect proximately causes bodily injury to any person other than the driver.

(b) It is unlawful for any person, while having 0.08 percent or more, by weight, of alcohol in his or her blood to drive a vehicle and concurrently do any act forbidden by law, or neglect any duty imposed by law in driving the vehicle, which act or neglect proximately causes bodily injury to any person other than the driver.

Click here for information about the possible penalties for “DUI with injury” convictions under VC Section 23153.


Speak to a criminal DUI lawyer as soon as possible after the arrest. It is in your best interest not to answer any questions without an attorney present, because anything you say can be held against you in court. Do not face the system alone.
We help people successfully fight drunk driving charges in California. We understand there are many circumstances involved in a case. The only way to know is to have your case evaluated by a lawyer who specializes in this type of case. Many people can and do successfully fight driving under the influence charges.
Posted by The Contractor at 12:06 PM No comments:


"ask for a DMV hearing within ten days following the arrest"

Call a California DUI lawyer and request your DMV hearing in a timely manner. In some cases, your attorney can attempt to have the order of suspension thrown out altogether. However, inaction or procrastination is your worst enemy. Failure to secure a hearing means that your driver’s license will be suspended automatically at the end of 30 days from the arrest. Once you ask for a hearing, you will receive an extension of your driving privilege – allowing you the ability to earn a living and take care of your daily business for as long as possible.

Not only will our criminal DUI lawyer help with the court case but the legal expertise that they bring to the table will be indispensable when dealing with the DMV.

After being charged with driving under influence of drugs or alcohol in the state of California, you need to understand your rights. It is also advisable not to go to court or to the DMV without legal representation. It is your right to remain silent, so it is in your best interest to discuss the case with your attorney to avoid any problems.
Hire a lawyer for DUI if you are faced with violations of:

DUI DEFENSE ATTORNEY
Posted by The Contractor at 9:30 AM No comments:

DWI DUI and the DMV - Driving under the influence of alcohol or drugs is a serious offense in California. The penalties that come with a DUI conviction depend on many aspects of the case as well as whether this is your first or subsequent offense. Penalties may include:

Remember that criminal charges are only one aspect of a DUI. When you are pulled over on suspicion of DUI and have a blood alcohol content (BAC) of 0.08 percent and above or refuse to take the test, the arresting officer will take away your license immediately and hand you a pink slip. This works as a formal notice of a possible license suspension. While the sheet allows you temporary driving privileges, you will need to ask for a DMV hearing within ten days following the arrest.  We can help

DWI ATTORNEY
Posted by The Contractor at 11:45 AM No comments:

High Profile DUIs - The People, The Cars, The Movie Stars

If you are facing DUI charges, choosing the right DUI defense attorney can be the most important decision you make about your case. For high-profile individuals, not only do you need someone with the knowledge and experience to help you beat your charges or minimize your penalties, you also need someone who can help you keep your case out of the public eye.

At The Law Offices of David Lehr, we pride ourselves in always putting our clients’ interests first, fighting for the best possible outcome in every single case we handle, and counting ourselves among the most experienced and passionate California DUI attorneys out there. If you are facing a DUI in Camarillo, Thousand Oaks, Simi Valley, Oxnard or Ventura County, you need an attorney who is willing and able to fight to protect your rights, your driver’s license, and your freedom. This is what you get with The Law Offices of David Lehr.


For more information, please click here to schedule your free initial consultation with Ventura DUI attorney David Lehr. We are conveniently located across the street from the Ventura County courthouse, and evening and weekend appointments are available upon request.

Posted by The Contractor at 10:58 AM No comments:

Pleading guilty to a first DUI offense can have very serious repercussions. A DUI conviction will cost you thousands of dollars, and can have numerous other short-term and long-term consequences. These include:

No matter what else that you do, make sure that you request a DMV hearing within ten days of your arrest.

If facing charges for a first DUI, there are numerous moving parts and interrelated issues that need to be properly managed and considered. Here are some things you should know about facing a first DUI:
Posted by The Contractor at 11:17 AM No comments:

RIGHTS WHEN ARRESTED FOR DUI DWI

By working with an experienced  DUI defense attorney, you can ensure that your rights are protected, and that any past violations do not result in an unjust conviction for your alleged DUI.

Ventura drunk driving lawyer if you have been arrested on DUI charges. Your driving privilege, standing in the community, employment and freedom depend upon your timely action. We have years of experience handling local cases and are known and respected by the players in the judicial system. Call our offices today for a free case review.
Read More…
Posted by The Contractor at 1:33 PM No comments: